This post is contributed by parent Joan Cramer, whose sons John and Graham have attended The Circle School since 2008.

It’s catalog season again! I’m not much of a shopper, but this time of year I love to curl up with a cup of coffee and a thick stack of catalogs. I rarely order from the catalogs—most of the ones I get come from my mother—but I love to get a window into our culture by seeing the kinds of consumer goods that are offered for sale and how they are described. There are catalogs for everything, did you know that? Sausage making! Woodworking! Polish pottery! And, of course, most of all as the fall days turn to winter, toys! 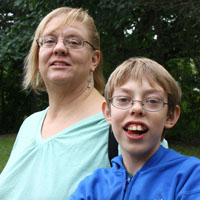 I have two boys, now ages ten and fourteen, and I have always loved choosing their toys. When I was pregnant with Graham, my older son, I imagined a playroom filled with toys handcrafted from wood, simple, well-designed playthings that my children would adore and maybe even pass down to their children. Ha! That vision died a quick death as soon as all of our friends and relatives began to give Graham his first gifts. Plastic everywhere! Bright colors and electronic noises filled the rooms of our tiny apartment. And Graham loved them! So, over the years I gradually let go of the idea that Graham and John’s toys should please me. I started to pay attention to what my children actually loved and played with.

Now, that is my main guide as I look through the toy catalogs. What’s fun for them? How do they want to spend their time? Are there toys that will help them have fun the way they like to have fun? Of course, I won’t choose anything that goes against the values our family holds, but I try to keep in mind what my boys want to get out of the time they spend playing.

Over the last several years, the toy catalogs have developed an insistent message: toys only have value if kids learn something while playing. Toys are sold by telling parents that the toy “teaches” some academic subject or other. One catalog in particular is most notable for this tone. A few quotes from toy descriptions in that catalog: “As they create huge floor mosaics, children will develop early math concepts like patterns and matching.” “Stir up an appetite for learning with our tasty chemistry confections.” (A candy-making kit.) “It’s the ideal activity for encouraging an intuitive understanding of engineering.” (A marble run.) “Give kids a hands-on lesson in physics and kinetics.” (Another marble run.) Several times, the catalog implied that kids would have to be tricked into this learning: “Kids don’t even realize they are building their concentration and visual perception skills!” (A hidden-pictures coloring book.) Even for outdoor activities, kids apparently need to be fooled into improving themselves: “Kids don’t even realize they are boosting their strength and athletic ability.” (A zipline.)

Finally I came across a toy we actually own, an ice cream maker. It consists of a big plastic ball that you fill with ice and salt, and smaller metal can that you fill with your ice cream mixture and then put inside the ice and seal it all up. Then you throw the whole thing back and forth, or roll it around, and end up (theoretically) with ice cream. How is this catalog selling it? “Kids can whip up a treat while they learn about heat transfer and freezing points.” Hmm. When we received this toy, I remember getting a little slip of paper with directions and a basic recipe. Not a lesson plan. So are the parents supposed to work up a lesson plan to teach the chemistry and physics of ice cream making? Apparently so. 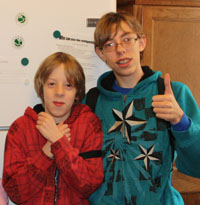 I don’t for a minute blame this particular retailer, or the many other toy sellers like it, for this trend of turning toys into lessons. It’s us, the parents. The economy is slowly improving, but unemployment for young people aged 20-24 hovered around 13 percent this year, about double the rate for 25-and-ups (US Dept. of Labor). That’s scary. We parents are worried that our kids are going to be shut out of the best colleges, and therefore unemployable, unless we start cracking the whip, building their concentration, and giving lessons on physics and kinetics. Right now! Even the parents of the toddlers with those floor mosaics (recommended ages 2-5) are worried about developing early math concepts.

I personally think we should calm down. I chose not to suck all the fun out of making ice cream by turning it into a lesson on heat transfer and freezing points. I don’t think that decision on my part is going to keep my boys out of college. And furthermore, I think it’s a huge mistake to sacrifice my children’s present in order to serve their future. First of all, they are in charge of their own futures. That said, a childhood in which they were loved and cared for, heard and respected, is likely to result in the kind of adults who can shape the future into the form of their desires. That may include college and traditional employment, or it may not. Either way, though, there’s nothing I can buy, no science or math lesson I can teach, that will ensure my boys’ success in life.

By the way, the plastic-ball ice cream maker didn’t work. Maybe we messed something up, but no matter how long we played catch with it or rolled it back and forth across the picnic table, it didn’t freeze. It didn’t even get to the thickness of a good milk shake. So, we laughed and sipped our cool vanilla cream soup on our picnic. Did we learn anything? Sure. We learned how to make the best of things. That lesson is more valuable, in my opinion, than the one the toy catalog promised we would learn.