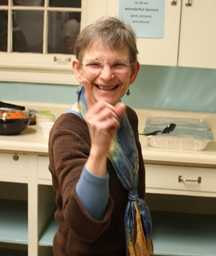 Sometimes while serving on the Judicial Committee at school, I am involved with my fellow JC members in giving a sentence to someone charged with physically or emotionally hurting someone else. It is often challenging to figure out an appropriate sentence, and inevitably someone suggests making the guilty party apologize to the injured person. It seems like a quick, easy fix, and justice will be served. But will it?

Thoughts start swimming through my head: If an apology is not sincere, then we, the JC, are essentially forcing the apologizer to lie. Traditionally we come down hard on people who lie to the JC, yet here we are contemplating forcing someone to lie about being sorry just so we can have a quick, easy fix?

Doesn’t a forced apology devalue or belittle the person to whom the apology is made? What does it feel like to be on the receiving end of an apology that is insincere and made under duress? Hard to believe it could be healing and restorative.

Then I remember my own childhood experience of being forced to apologize.

I was seven years old. While on the playground one day, a classmate who lived right across the street from our school (let’s call her Jane)  told a brand new student that she (Jane) had to ride the bus home every day and it took a very long time. I was part of the conversation and just couldn’t let that misrepresentation stand. To me it seemed hostile to the new student to be telling such a whopper, so I interjected with a challenge to Jane, “That’s not true! You live right across the street and don’t even ride a bus at all!” Suddenly the bell rang and we dutifully trooped back inside.

Later that day, the teacher called me to the front of the classroom and told me that she had heard I had called Jane a liar and I must apologize to her. The teacher made no attempt to elicit my side of the story and cut off my attempts to explain. She continued to demand I apologize — and being the eager-to-please child I was, I did.

Here are some of the things I learned from that experience:

Several months ago I witnessed from afar a toddler get knocked to the ground by an older four-year-old child. The toddler’s mother, obviously distraught, instantly chastised the older child and demand that he apologize to her son. Later the mom told me about the incident not realizing I had seen it unfold myself. She reassured me that she had taken care of the whole thing by telling the four-year-old to say he was sorry. “It’s all okay now,” she said.

Adults, like that mom, who demand that one child apologize to another often do so because they don’t know what else to do to make everything okay. A wrong has been committed and they feel like it is up to them as the adult to right it. Is that the best way to right the wrong?

I’ve been reflecting on it ever since.  I’ve read about the pros and cons of forced apologies both in books and on blogs about parenting and child rearing. While there is most likely no absolute right way to handle challenging situations like the one I witnessed, here is how I wish I had responded.

I wish I could have gotten to the children before the mom. I would have given my attention first to the knocked down child (let’s call him George), helped him up, and acknowledged his feelings. If he was in distress, I would have said, “I’m sorry you got knocked down. Is there anything you’d like to say to (insert name of knocker–downer)?”  A toddler might not have the words to express himself. In that case, I might offer some words. “George, if you didn’t like getting pushed down, you can say,’ I don’t like getting pushed down!’ “ Then I’d turn to the knocker-downer (let’s call him Bill), and say, “Bill, George says he doesn’t like getting knocked down.” At that point Bill might say it was an accident. He might say he was sorry. He might just say, “Oh.” If George is crying, I might ask Bill if he could think of anything to help George feel better. He might not offer any suggestions. If he doesn’t, I could ask George if he can think of anything he himself (George) could do to feel better.

Whether or not either one of them have any ideas,  both George and Bill would have experienced opportunities to tell their sides of the story and to be heard by each other. Both would have seen and heard me say I was sorry George was hurt and wondering if anything could be done to help him feel better.  Maybe a seed would be planted for future situations.

Back to the Judicial Committee deliberations.  After some discussion of the feasibility of a forced apology as an appropriate sentence, someone inevitably says something like, “Apologies can be great, but in order for them to work their magic, they must be sincere — and freely given. We can’t demand them.”

We all sigh, a little let down there will be no quick, easy fix. Back to the drawing board. And as frustrating as the process can seem at times, it can also feel mighty good to collectively grapple with real life situations — and even better when we ultimately craft and settle on satisfying resolutions.