A little over 20 years ago, a young Connor Tyrrell (now president of The Circle School Board) dictated a list of reasons he wanted to attend The Circle School. I think most of them remain relevant today! -Julia 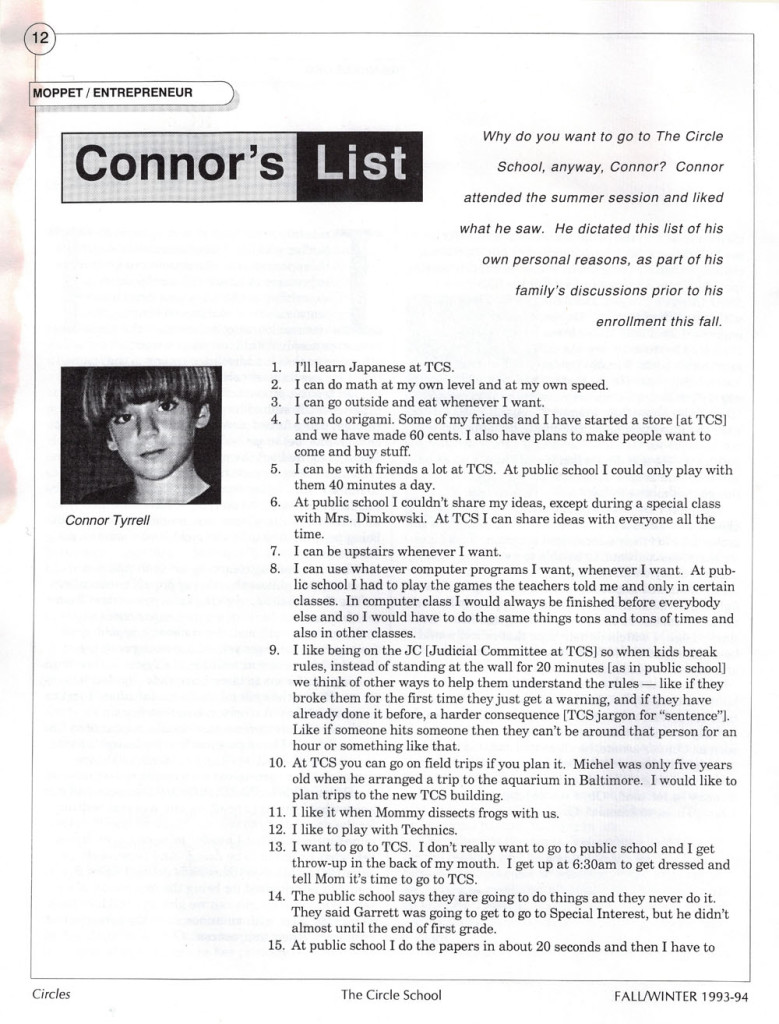 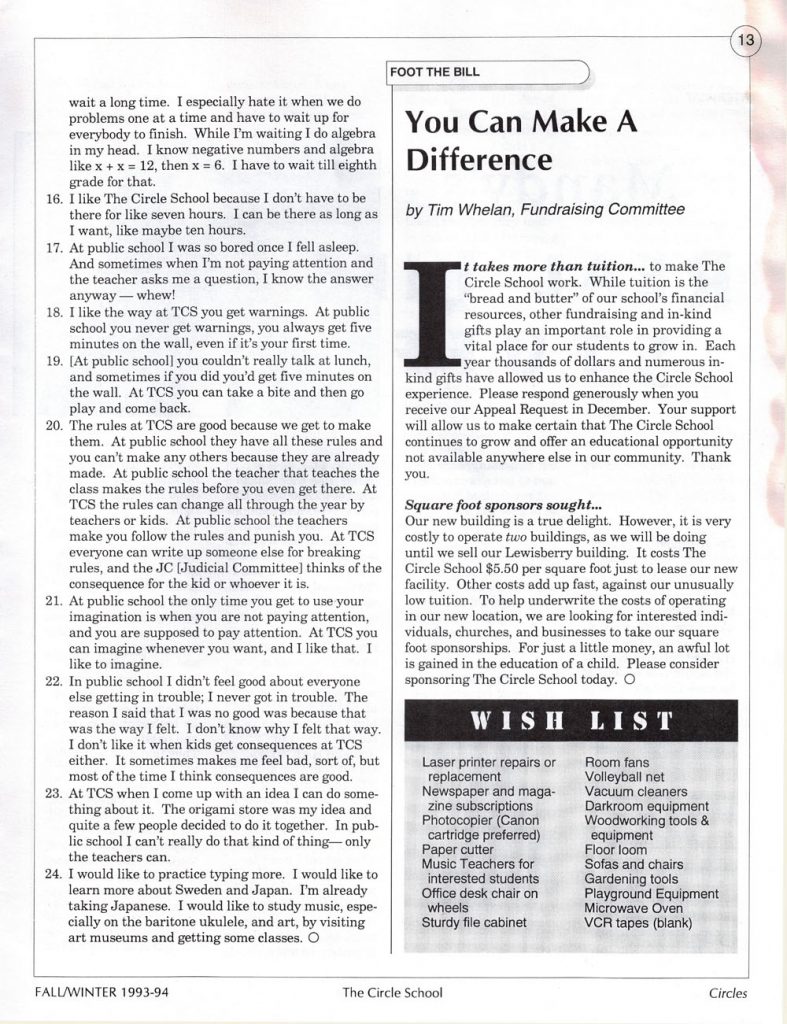 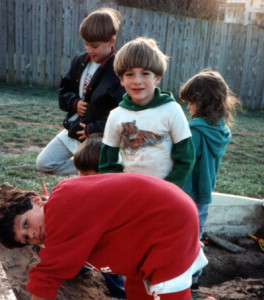 Connor (with the tiger shirt & moppet haircut) in 1993. Also pictured: Jyles (in red), Zach (in the black jacket), & Michel (behind Connor, mentioned in reason #10)