From Founding Furnace to Post-Curricular 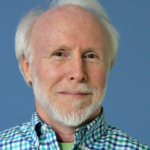 With retirement on the horizon, I’m feeling reflective. This morning I’m thinking about how different The Circle School is today from the way it was in its founding years. And how much the same it is. I’m thinking about changes to come, and how the cherished sameness can remain.

The original and still current idea of The Circle School was captured in the first sentence of its founding document in 1983: “We believe in the wisdom of each person to know what’s best for him or her.” That “wisdom” has two parts: an inborn impulse to grow and a subtle compass to point the way. A child may not be able to articulate or even be consciously aware of the animating energy or the whispered direction – the still, small voice – but the resulting tendency to strive, thrive, and grow is nonetheless evident and powerful. Immersed in the opportunities and burdens of community, natural forces drive development. Kids and their abilities grow up and up and up in the bounded freedom of agency in community.

Over the decades, my understanding of that founding idea has grown deeper and more nuanced, along with its implications for education. The Circle School, too, has evolved, playing out its own institutional tendency to strive, thrive, and grow. As the infant school’s focus on survival shifted to higher orders of being, so, too, the student experience of the school has shifted.

In a way, those years of survival were educationally rich. Crisis is bonding and kids learned a lot. Students of that era remain among the school’s strong advocates and supporters. Looking back, I can view those years as a great adventure and a furnace of foisted learning – foisted on founders, on the school, and, yes, directly or indirectly on students. It was the school of hard knocks.

Gradually the school accumulated experience. The unexpected arrived less often. When it did, it was less unexpected and we managed it better. Equanimity was easier.

Although the founding furnace may have been wonderful in many ways, the school subsequently became a venue for a wider variety of wonderful experiences – a scaled down version of a larger world, with greatly expanded opportunities and possibilities.

University scholar Ana Marjanovic-Shane, having studied the school for years, once suggested that we should throw out the lawbook every year and start over – “carnival” she called it, periodic revelry and disorder. The idea was to recreate the excitement and originality of founding the school, and the bonding experience of those early years. No thanks, I told her. It was stressful and exhausting. But it was also an obstacle to fuller realization of the school’s purpose and promise. For students, it was a distraction or diversion from a more expansive version of self-direction and practicing life. I don’t want the school to impose carnival or any other “curriculum” on kids. I want them to exercise their agency and free will embedded in supportive community.

Cultural echoes of those early years remain, like background radiation in our cosmos. To this day, there’s a cultural value that students “should” participate in school government and administration; “should” engage with corporations (clubs, sort of); “should” take on the school’s challenges as their own. Maybe without noticing, we came to see running the school as our curriculum – a prescription for gaining the benefits of a Circle School education. In my work with dozens of other small schools around the country and around the world, I sometimes see the same value, perhaps forged in the furnaces of their own founding years.

But now I hope The Circle School is “post-curricular” and able to freely host each student’s unique individual path of growth and development. For some, that path includes engagement in school government and administration – getting elected as Judicial Committee Chair or School Meeting Secretary, or serving on the office team or the facilities team, or as treasurer of the Science Corporation. For some, it’s lots of outdoor time, exploring the woods or playing basketball, or days filled with meetings, classes, reading, cooking, and chats with friends. For most, it’s dabbling in many things in many ways in many facets of life, discovering strengths and weaknesses, likes and dislikes, and effective ways of being, doing, and relating. It’s a wide open personal search for truth and meaning.

To me, that’s education at its best. The passion of personally meaningful challenge is an effective furnace in which to forge knowledge, skill, character, and intelligence. From a broader perspective, that’s a win for the world, too: fulfilled individuals lead to fulfilled society.

The school has matured a bit in its 37 years, and is now better able than ever to support a broad swath of human experience. We can let go of curriculum of all kinds – prediction and prescription of what to press on every child. We have seen the wisdom of kids practicing life.