I dreaded telling him school is closed

I dreaded having to tell my son that school would be closed for quarantine. He loves school, which is saying a lot considering how our journey to The Circle School began. It was a very long road that I never imagined we would travel. 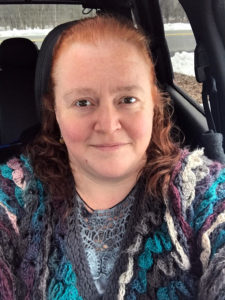 When Dayton was very young, his creative play held me in awe. He would create detailed houses out of cardboard boxes for his action figures, complete with lighting (after commandeering my book light). They’d have campfires (thanks to my battery-operated tealight candles) and each character had their own distinct voice that was surprisingly close to the real thing. On a family hike through a park, he discovered a small stage and became so intent on putting on a show with his light sabers that he forgot all about our intended goal of going swimming. On the fly, he created and acted out a 20-minute Star Wars battle skit, complete with sound effects. This was life with Dayton.

Once he started school, however, I began to see that creative light fade. It broke my heart. From my perspective, he became withdrawn and self-conscious of creative expression. Mind you, it wasn’t about intellect or grades; he’s always been extremely smart. But over the course of the two years he was in public school, he began shutting down.

When we left public school and began unschooling, I learned a lot very quickly. Even in the face of skepticism, I began to see that letting go and trusting the process was the key. I lamented, “If only there were schools that practiced this philosophy, how wonderful that would be!” When I discovered there were such schools, I was sad to find that none were close to where we lived. So, we continued on the unschooling path for the next seven years. Family and friends worried that my son would never “catch up” socially or academically, and yet these same people would remark about how smart he was and how well he interacted with others of all ages. Go figure.

We came across The Circle School first through my internet research and then via a local group working to create a similar educational model in our area. This dream did not come to fruition, but it gave me the opportunity to further my understanding of truly trusting our kids and allowing them to learn.

Our lives took several turns as Dayton became a teenager, and one day I realized it was time to stop wishing for the “mountain to come to Mohammed.” The only thing holding us back was our house, so I put it on the market and we took the leap of faith… well, I took the leap. Dayton was upset with me for breaking my promise that he’d never have to step foot in a school again. I assured him that we would TRY this and if it was not as promised, we would go back to unschooling.

Fast forward through selling our house and moving a hundred miles away from everything we knew. Dayton’s first day at The Circle School arrived, and one would have thought I was taking him to the gallows. I’d taken the day off from work and told him I’d stay in the area in case he needed to call me. I knew he would be fine — he just needed to know I’d be there if he wasn’t.

The Dayton who entered The Circle School that morning, stoic and silent, was a very different person than the Dayton who came out. He’d gone in expecting the worst, but instead he made some friends. That afternoon, his smile and the skip in his step were the most beautiful things I’d seen in a long time.

Slowly, over the course of the next few weeks, he experienced what it is to be respected by adults (aside from his mother) and peers. He began to build real friendships and navigate through real experiences. In the last three years, he has not only re-engaged with his creative interests and abilities, but he’s shown confidence in exploring music, film making, acting, gaming, and so much more.

I’m a single mom. My son is an only child. I’d always wished I’d been able to give him more family and, well, I guess I did. The Circle School staff, his friends, and fellow students are all his family. The role they play in his life is the most beautiful thing I’ve ever witnessed. The process of getting here was much harder than I thought it would be. There were times when I thought I was losing my mind, but the rewards have also been much greater than I could have imagined.  Giving the gift of The Circle School to my child required me to let go more than I thought I could, and in doing so, I ended up receiving the gift of a deeper connection with him. 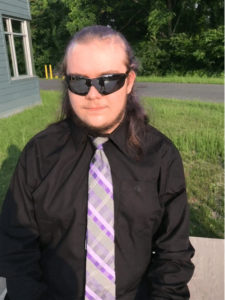 Dayton at The Circle School

So, yeah, I dreaded telling my son that school would be cancelled for at least two weeks for this quarantine. He loves school, so his response surprised me: “It’s for the best, we have to get a handle on this virus, and closing down public places is the smart thing to do.”  With each extension, he expresses a similar sentiment. That’s not to say he doesn’t miss school. He stays in touch with his friends, but nothing can replace hanging out in person. They made a movie this year, and they’re planning another. They were looking forward to the Spring Gala, a dance, and the end-of-year picnic, but he’s taking staying at home in stride better than many adults. That adaptability is a life skill I attribute largely to his experiences at The Circle School.

Dayton and I are learning to deal with situations beyond our control with grace and resilience, and we’re learning it together. We have support within the community of The Circle School. We pass these days with acceptance for what is and hope for what will be. Dayton’s an amazing kid, and The Circle School helped him to re-discover all the amazing that he is. If we learn anything from this pandemic, I hope it will be that life happens… and not always the way we plan or hope. Empowering our kids to navigate the journey is the very best education we can give them.

← Older: Community near and far away
Newer: I walked into my new life →