Agency and coercion in several kinds of schools, Part 1 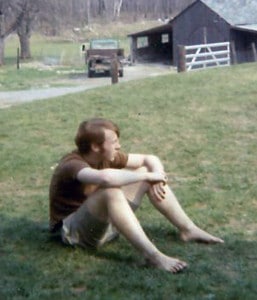 Jim at an interesting school in 1970

As a teenager in the 1970s, I wanted to be a fifth-grade teacher—an impulse that remains today, perhaps because I still love and listen to my inner nine-year-old. I studied interesting schools back then (still do), and traveled to visit several while still in high school. I fed on the optimism and anticipation of the time, expecting the social revolution of the 1960s to prompt change in education. Mostly I’m still waiting, and trying to do my bit in the meantime.

Lately I’ve been reminiscing about those days, inspired by a question from education scholar and practitioner Eugene Matusov, a pioneer of Dialogic Education For Agency and Open Syllabus Education. His query is about the history of “non-negotiable imposition in schooling“—that which is coercively required or imposed upon students and not open for discussion, the peremptory demands of the system. I’ll call it impositions or givens for now, but later in the story I’ll need to distinguish between curricular and civil impositions, and between prescriptive and proscriptive impositions.

So I’m revisiting in my mind the several kinds of schools I’ve encountered over the last 40-some years, thinking about non-negotiable imposition in each, and how it has evolved over a few decades. That’s the story I want to tell, but first some background.

The relation of coercion to agency makes this important. Agency is the capacity to choose and act on your own behalf (as I recently wrote here), having both moral value and practical value. As a sovereign, inalienable endowment of nature, the driving force of life, and natural human functioning, I hold agency as a moral value. Healthy exercise of agency also brings benefits of personal fulfillment and productive community engagement, and thus holds practical value, too, for self and society.

Agency, like muscle, thrives on exercise and shrivels without it. Under-developed agency stymies healthy character development, tending to leave some children dependent, apathetic, and passive. Chronically obstructed agency leaves some children aimlessly angry and alienated. On the other hand, practiced agency-in-community cultivates healthy independence and wisdom, and contributes to satisfying life filled with meaning and purpose.

Like other kinds of coercion, a forced curriculm suppresses agency by diverting children from pursuits of their own choosing. The student loses opportunities to exercise self-directed choice and action, to experience what follows, and to improve future choices. This is indirect harm through displacement, like watching television displaces opportunities for, say, physical exercise. Over time, the muscle shrivels.

But unlike other kinds of coercion, and more damaging, prolonged curricular coercion also represses children’s agency by conveying meta-messages about the inadequacy and irrelevance of children’s own choices. Systematic disregard teaches children to devalue their own agency, their own capacity to choose and act effectively. If you keep telling a child, through your actions, that they are not capable of choosing for themselves, that they need not bother paying attention to their own interests, talents, and intuitions, then after a while they will believe you. Children tend to internalize this disregard, undermining their ability, willingness, and confidence to choose for themselves and act on their own initiative. Signs of agency repressed by curricular coercion are easy to spot: apathy, passive compliance, lack of initiative, and dependence on authority; or anger, alienation, resistance to school assignments, morning stomachaches, and other forms of school rebellion.

I am not condemning coercion generally, and I am not advocating unchecked agency. I find that curricular coercion impedes children’s agency through the two mechanisms I mentioned—short-term displacement and long-term internalized disregard—and lacks offsetting benefits. Other forms of coercion, particularly those that contribute to civilization, security, and liberty, bring important benefits. In short, coercion impedes development of children’s agency, and so ought to be avoided except where offsetting benefits create greater value.

Prolonged curricular coercion, such as 12 years of non-negotiable fixed curriculum, suppresses and represses children’s agency, impeding normal development of the capacity to choose wisely and act accordingly. Working our way out of schooling based on curricular coercion is therefore a worthy project. The Circle School represents one possibility. What I’ve been musing about is forerunners of The Circle School and its cousin, Dialogic Education For Agency, specifically in this one dimension.

What trajectory can we find, in primary and secondary education, related to coercion and agency? That’s the topic I’m taking up, drawing on memories accumulated over four decades. I’ll start with Traditional and Progressive schools, and then consider Free Schools, Democratic schools, some special cases, and The Circle School. Stay tuned.

← Older: Weaving justice
Newer: A view from a new family →