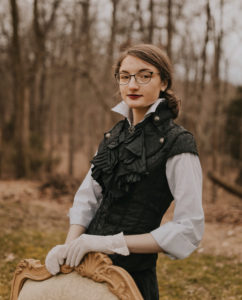 EvaMarie: Bolder at the hilltop

One of the most popular human figures to come out of Greek mythology is, arguably, Sisyphus. For those who don’t know his story, basically, he was a king who cheated death in his youth, and when he eventually died of old age and had to go back to the underworld, he was given the punishment of eternally rolling a boulder up a hill, as soon as it reaches the top, it rolls back down, so he’s stuck doing a meaningless, impossible task again and again. Even unto this very day, if it’s to be believed.

This myth, like a lot of myths that persist in popularity to the modern day, taps into a human experience that can only be described as universal; in this case, the desire to keep living, to have a steady stream of time fed to us like ever-dissolving honey to a cup of tea. Sisyphus’s eternal punishment is heavily symbolic, a task just as impossible and useless as trying to prolong that time past its vitality.

I often wonder, indulging that the myth is in any way true, whether Sisyphus counts his ascents. Whether he has milestones, looks forward to his millionth trip to the top of the hill, for no particular reason. Celebrating arbitrary milestones is one of the most human things I can think of. First, by celebrating, setting aside time to be happy, second, because of the arbitrary milestone, which is made un-arbitrary by the happiness we create from celebrating, but is nonetheless an invented concept.

I don’t think life is a hill, or, if it is, it’s one that doesn’t have a peak or valley. It is, quite appropriately, a circle. It’s only like Sisyphus’s punishment in that there is no true end goal or reason to it, and I think that’s what makes it worth living. This graduation isn’t the end of anything, nor is it the start of anything, there are no beginnings or ends, other than the ones we pencil in after-the-fact. There is simply life. Every so often we learn something new, and we, with our oh-so-human love of categories, call that a “stage of life,” but we’re still the same person we were the day before, we’re just carrying a bit more with us, rolling a bigger boulder, or maybe seeing that the boulder eroded away just a bit. And maybe the new things we pick up will overshadow the old things so much it makes us seem like completely different people, but that’s okay. We’ll change. We may grow, we may wilt, but we won’t let go of our past, not completely. We may reframe it, but we can’t avoid it. Just as we can’t avoid the future. And that’s what this ceremony is. We’re here to ruminate on the past and hope for a kind future, because that’s really all we can do with this ever-disappearing present. We’re leaving, but we’re leaving behind, and, just for a moment, we’re looking at things from the top of the hill.

[This is the text of EvaMarie’s speech at her graduation from The Circle School on June 11, 2021.]