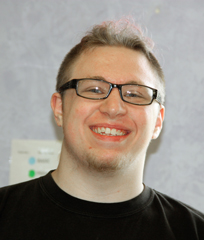 Matt likes music that sounds to me like a car crash. Recently I found solace in the softer sounds of Disney’s Frozen, sung and played (endlessly) by younger friends.

18-year-old Matt greets me with a big smile and genuine warmth; ready to engage, caring about me. When I saw 4-year-old Sabina on Friday, she was running toward me, bursting-breathless wanting me to know Right Now about the tiara and princess dress she was wearing, and wanting me to see her twirl just like Frozen’s Snow Queen Elsa.

I cherish Matt-who-plays-car-crash-music (and is fascinated by horror movies and abnormal psychology), and I cherish Sabina-who-plays-princess (and amplifies every experience with big eyes 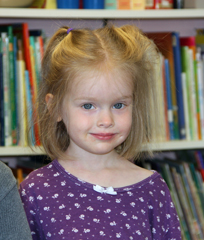 and big voice). Car crash or princess or something else entirely, you and me, we are each uniquely peculiar, each hearing our own music: interests, ambitions, and dreams that carry us on and give us reason to carry on.

With these thoughts in mind, imagine my surprise when Sabina drew a parallel with school:

Sabina: You know, Jim, Frozen presents a universal theme and a classic story of release. Snow Queen Elsa feels trapped by others’ expectations, frozen by strictures she feels powerless to change. Eventually she breaks free from her bonds and rejoices in her power.

Jim: That’s quite a literary analysis, Sabina, considering you’ve been 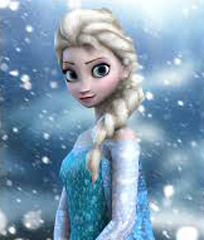 studying the world for a mere four years!

Sabina: No, not at all. You’re blinded by decades of cultural indoctrination and socially constructed beliefs. I, on the other hand, see the world clearly. I see Queen Elsa’s bondage, holding her back from the ecstatic joy and profound responsibility of living free and truly owning one’s life.

Jim: Whoa, Sabina! Do your parents know you’re into this???

Sabina: Think about it, Jim. The most fulfilled, productive people you know—like me, right?—are people who are driven by intrinsic motivation, people who follow their interests like stepping stones through life. People who don’t wait for their parents or their teachers or their employers to tell them what to do, because they’re already busy doing it!

Jim: Well, Sabina, I certainly see you leading your life, not following. And you sure don’t wait for instructions from your parents. Hahaha!

Sabina: Try to keep up, Jim. This is important to my future: It strikes me that children in school are enslaved to the curriculum, a set of strictures they feel powerless to change. Like Queen Elsa, they’re living diminished lives.

Jim: Teachers are enslaved to the curriculum, too, you know, and equally powerless to change it.

Sabina: Yeah, yeah, you guys talked about that at Millersville University a few weeks ago, but that’s not my point today. And besides, there’s a difference. Teachers can quit. Kids can’t. What’s up with that anyway?

Jim: We adults know better than you?

Sabina: Lame, Jim. Of course you adults know a lot more about some stuff than we 4-year-olds do, but you don’t know squat about what’s going on in my mind. Like this conversation, right? You had NOOOO idea! The point is that my interests, aptitudes, learning styles, pace, dreams, and more aren’t like anybody else. Give me free rein in a world of opportunity! I’ll rise like the break of dawn!

Jim: Wait! What? An articulate 4-year-old is one thing, but come on, philosophy with a cartoon character???

Snow Queen Elsa: I’m a universal theme, remember? Like the girl said, this is important to her future: Imposed curriculum actually harms children!

Jim: Yes, six ways, I know. What if we give all little girls your power to freeze things!?? They could…

Sabina: Interest and control make all the difference! Without them, I don’t learn as well and it’s not satisfying. Plus, forced curriculum just makes kids dislike and avoid formal learning and traditional academic subjects.

Snow Queen Elsa: Yes, that’s the second harm. The third is that rigid curriculum teaches children their own interests and aspirations don’t matter. That tends to deaden curiosity, adventure, and openness. And the fourth is this: Because their own rich interior life is disregarded, children tend to lose their ability to see it, to introspect at all…

Sabina: I don’t want to lose my ability to look inward! That’s my foundation for an examined life!

Snow Queen Elsa: You said six harms, Jim. What are the other two?

Jim: <sigh> The fifth is a big one: When children don’t practice self-direction, when their lives are mostly directed by adults, they tend to become dependent on others to tell them what to do. It’s a loss of agency, and they become less able to function in the world independently.

Sabina: I’m working my parents hard on that one—independence. It’s time to see what I can do! To test the limits and break through!

Jim: The sixth harm might be the most dangerous of them all, the myth promoted by the standard coercive curriculum: Do what you’re told, learn what we tell you, and everything will be fine.

Snow Queen Elsa: I got snowed by that one! Hit me like an avalanche. But now I’m determined to live my own life, not somebody else’s. I’m never going back. The past is in the past. Hey, my story is so inspiring, Disney put me in a movie! You should see it. Catchy songs, too.

Sabina: Jim, let’s invent a school without a forced curriculum. I want school to be a venue for my life, not a treatment to turn me into a standard person.

Matt: Yeah! A place where I can listen to car-crash music and study abnormal psych!

(1) Although 87 million viewers have beaten you to it, you can experience “Let It Go” here. More accurately, that’s 87 million views rather than individual viewers, so it could be 870,000 princesses each viewed it a hundred times. That would be my guess.

(2) Sabina-who-plays-princess was dressed as Frozen‘s Snow Queen Elsa. Yes, technically Elsa is a queen not a princess. But if widespread rumors are more than fantasy, and if wishes really can come true, then both Snow Queen Elsa and her (also heroic) sister Princess Anna will be inducted into the official “Disney Princess” lineup. Yes, there is such a thing. Cynics will be pleased to know that the lineup only includes the proven most popular Di$ney prince$$ character$. As Time reported a few weeks ago, Snow Queen Elsa has recently surpassed Snow White and Cinderella, though not the sum of the two, in merchandise sales on eBay.

(3) As usual, my thoughts are about primary and secondary schooling in contemporary America (and Western democracies generally), not about college and not about education generally.

(4) Demeaning though it must be for heroines of their stature, Snow Queen Elsa, Princess Anna, and Snow White are all the property of Disney. Matt and Sabina own themselves.

← Older: What would you change about public school?
Newer: I connected my laptop to the internet and fire trucks came →